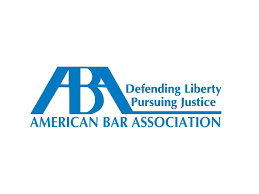 Times were ripe for a change in family law in Italy when we set up the first Association for Collaborative Law in December 2009. Once a core group of us learned about Collaborative Practice, we realized it was a step in the direction Italy needed to preserve family relationships during and after divorce. It took us the next few years to set up a small, determined community of practitioners and (it still seems incredible to me) to get a statute on Collaborative Law passed by the Parliament in 2014. While Italian culture is not the same as North American culture and the reasons we have embraced Collaborative Law may not resonate quite the same way on the other side of the Atlantic, our experience might be of interest to North American Collaborative lawyers.

Some of the characteristics of Italian family law that made Collaborative Law such an attraction were:

However, people are people. We noticed that, despite the fact that many Consent orders follow such an easy pattern, former spouses were often returning to court for modifications within three or four years. Although the couples declared themselves as having an agreement on the terms of their divorce, many were clearly frustrated by the outcome. The lawyers had a hard time understanding why.

We then realized that the reason was anger and frustration. We thought we had created the most peaceful system for separation and divorce in the world, a system that disincentives litigation and in which there was not much to win if one chooses to litigate. But, frustrated couples will find a way fight anyway, even with a relatively peaceful, ready-made outcome. We also realized that the sort of divorce settlement enshrined in our statute comes from the court or from two lawyers, when what the parties really needed was to talk and find their own solutions.

In 2010, I was discussing the problems we were seeing with friends in London (Family Law in Partnership LTD – Covent Garden), who introduced me to the magic of Collaborative Practice. We then brought Collaborative lawyer Ron Ousky to Rome for an introductory training in the way Collaborative Law worked in other jurisdictions.

The family law bar in Rome was excited. Through the energy of many people, we succeeded in bringing Collaborative Law into Italy faster than any of us could have imagined through the adoption of a statute. Only four years after our first training, Parliament adopted a National Statute on Collaborative Law, which is modeled on the Collaborative Standards of the IACP (International Academy of Collaborative Professionals). There are now tens of thousands of Collaborative divorce cases in Italy every year, with a requirement for mandatory pre-trial ADR for civil cases involving less than 50,000 Euros as well.

Assistita each year represent a shortcut, although anecdotal evidence, at least in Rome, is that it is a minority of cases.

You may note one difference between the Italian statute and the way Collaborative Practice is conducted in many jurisdictions: there is no provision for a coach, a mediator, a child expert or a financial neutral. The economics of divorce in Italy do not support this as a mandatory matter; since the litigation alternative is not nearly as expensive as in North America, not everyone would choose to do it. While I do believe that the full Collaborative Team approach is helpful in many cases, clients will not always adopt it voluntarily. As our practice evolves, we will see whether it appeals to more and more clients to use a bigger team. In the meantime, divorcing families in Italy are fortunate enough to have a statutory option.

Marco Calabrese, international family law attorney in Rome, shortlisted by the US Embassy, was the founder and first president of the Italian Institute for Collaborative Law. He acts currently as a Member and a Trainer at “Ronald D. Ousky Collaborative Practice Group.”